Return from NowHere is a Travel!

(Article about the essence of ‘Travel’ published in www.travelanddeal.com on 2nd May 2014; Editor: Siddharth Tagore/Paramjot Walia, New Delhi)

As this guy rode in a bicycle towards me, I realized that he had a cheap artificial leg that would have drawn the attention of the whole village back home in India. It was a tiny village somewhere in between Columbia and Jaffna, in 2012 or so, after the LTTE chief Prabhakaran was officially announced dead. I spoke to him, not Prabhakaran, but the one-legged-fellow; and he appeared special to me not just because he was one legged but because of the peculiar artificial leg he carried and that carried him. He appeared more special after he began to speak, about travels.

“We travel because we are sure to come back from it!” he insisted that travel was a job, a sentence, a task, from which one needs to be ‘release from’, sooner or later. “Why did you come to Colombo?” he asked and smiled, expecting any and all the replies to be below the mark of mediocrity. “I am sure you are not sure. If you knew, you would have refused to come here because of the burden of knowing beforehand, about your travel!” I did not understand his words in all its essence, even after returning back to India; and even to this day. The only thing I realized was that his artificial leg was very enthusiastic to move, it always appeared in the shape of an exclamatory mark! As if an afterthought, I realized that all his sentences ended with an ‘!’ i.e. exclamatory marks!!!

A Journey becomes a travel when we realize that not everything that we ‘see’ and ‘hear’ can be realized!

Nobody is a lonely traveller, for we always travel with guilt: of being extravagant, because we don’t consider a purposeful journey as ‘travel’! We don’t travel for pleasure, for always change the definition of pleasure. How else can one justify the ‘Dharavi slum tourism’, ‘Indian election tourism’ and the religious ‘guilt tourism’ to places like Tirupathi, Dharmasthala and Dhammashala. What is so pleasurable about being witness to poverty, theatricality and the mad trade between religion and economy, respectively?

Contemporary travels aim at a moment of inner, deeper fulfillment. Hence it is a growing industry. The hunger of an establishment depends on the fulfillment of people’s yearning to travel. Earlier, those who would go to religious places had to renounce something dear to them, over there. Some, as the joke goes, would drop their elders, redefining them as burdens. Others, who would renounce their anger there, would get really angry when asked repeatedly about it!

Murderers and thugs would run off to religious places wherein they would be availed with one sumptuous meal and a piece of cloth every day, throughout their lifetime, due to the belief system. Those travels are always with one way ticket, like that of those who are getting ready to go to Mars, now. “You want to climb up; we want to go deep within” is a quotation that separates the travel-attitude, between the past and the present, East and the West, as is mentioned in the film “Seven Years in Tibet”. 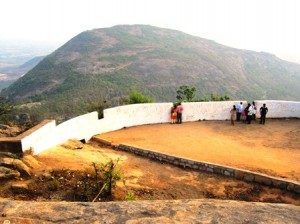 The one-legged Srilankan’s question and teasing statement about the burden of travel needs time off travel, to contemplate. He was speaking in the land of an overwhelming presence of Buddha, like Cheguvara is present in India. It was Gautama who said that the best journey is to travel here and now. Why do we travel? Really? A teenager recently replied, “to travel! Travel is its very purpose, isn’t it!?” Thus the imagination-of-travel-in-itself has become a memento for travellers, they relish bringing back only one thing now, unlike earlier times (mementos-as-reminders-of-travels were the objectives). They bring frozen memories in visual forms: the future photos, to be imprisoned in their Facebook accounts!

Physical movement from one to other place is an ancient mode of travel. If one follows it, even today, despite quicker access through fast engines/gadgets and virtual worlds, such a travel is considered pilgrimage. ‘Home away from home’ is a riddle: where do people residing in/near Vatican, Haridwar, Taj Mahal, Las Vegas and Pyramids travel to? Hence, visiting a place is different from travel, considering travel as a means to an end is taking away half of the pleasure it offers. 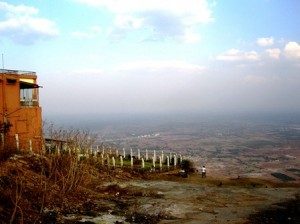 My care taker artist at HIAP in Helsinki (Finland) used to ask me often whether I feel like going back to India. Most artists-in-residency, it seems, did so, owing to the cold, solitariness and boredom. I said no, not because of mere courtesy. Back at home, my friends asked me whether I feel like going back to Helsinki. Being tired of my company was not the only reason for them to ask that question.

A disbelief that the answer lies within is the basic reason for travel. Realizing it is called as a return-journey. Yet there is and will be only one reason to travel: to find out why one does so!//