(Article originally published in Art and Deal art magazine, Issue 71, Vol.10, No.39 May 2014, Edited by Siddharth Tagore, published by Art Konsult, New Delhi. Also published online at: www.artanddeal.com) Bangalore is perceived as a city-in-the-making, which...

Surviving Forms of Ganjifa as Art: (An Interventionist Workshop as an Art Pedagogic Tool)

Ganjifa artistic practice has been one such evolving pre-modern representational visual language, which has been subject to such colonization of the past by the present.

by admin | Jun 27, 2019 | General, History of Art and Artists in Karnataka, Kannada Literature

by admin | Jun 27, 2019 | General, History of Art and Artists in Karnataka, Kannada Literature

H.A. Anil Kumar is an art educationist, art historian, critic, curator, story teller & graphic novelist, teaching and writing on Indian contemporary visual art and films since 1992. He has written, edited and co-authored books, papers and art columns, radio and television talks for both academic and popular publications and radio/television telecasts, in two languages (English and Kannada) since last three decades.

He is also a story teller and his one line quotes and stories can be read in Instagram @ ‘haanilkumar’. Kannada Translation of John Berger’s ‘Ways of Seeing’. John Berger’s 1972 television series and the book based on the series revolutionized how we view images, accusing high art of complicity in social, economic and gender inequality. It also challenged what Berger saw as the undemocratic culture of museums and galleries. Travelogue and a autobiography 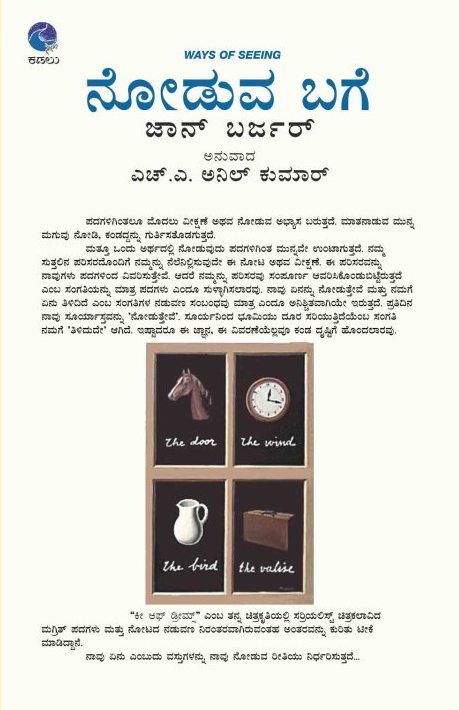 SCIENCE IS THE ART OF LEGITIMISING LOGIC AND REASONING ABILITY OF EXPRESSION WHILE ART IS SCIENCE OF CONTESTING THOSE TWO!

A LONG CHERISHED DREAM INDICATES THAT YOU HAVE BEEN INEFFICIENT, LAZY, LETHARGIC  ALL ALONG; & MORE THAN ANYTHING ELSE, UNABLE TO ACHIEVE IT, YET, BECAUSE OF YOUR SLUMBER!

IF MEDICINE CURES, ART HEALS; THAT’S WHY THE WRITINGS OF DOCTORS ARE EASILY DECIPHERABLE THAN THAT OF THE ARTISTS.

Sign up to get latest updates on published articles and artworks by H A Anil Kumar.